Understanding The 12 Main Archetypes In Therapy, Healing, Even Business. What are Archetypes? And what benefits can come from understanding your main archetype in your life, relationships and work?

Archetypes go hand in hand with Inner Child Healing and can be extremely helpful in helping us identify more clearly our personal strengths and our weaknesses.

To understand Archetypes it is helpful to look at the work and views of Swiss Psychiatrist and Psychoanalyst Carl Jung. Specifically his Jung Archetypes and the Jungian Concept of the Psyche. Carl believed that we all have human inclinations and/or traits that we in many ways are born with. What he regarded as heritable psychic structures that play a part in how we experience and show up in life.

When he used the word the Psyche he viewed the Psyche as the all-encompassing aspects of one’s thoughts, emotions, feelings, and behaviour. While many today would describe the psyche as just the mind.

According to Jung, he viewed the psyche as 3 Major Realms

Consciousness – Awareness which he regarded as the ego; the memories, thoughts and emotions you are aware of.

Collective Consciousness – the realm that holds in many ways a whole collection of Universal Traits; shared attitudes, beliefs, ideas, and wisdom that relate to individuals and large groups of individuals.

Through clinical patient and historial research, Jung discovered that many individuals no matter their cultural, society, religious status or beliefs, held commonly shared unconscious traits. From this understanding and research the concept of Archetypes was introduced.

This would eventually lead to Jung suggesting there were a variety of different archetypes, which included the Child, Mother, Father, Hero, Trickster, Wise Old Man…He explained that different archetypes were not fixed but in-fact interchangeable with other archetypes. That is why what is regarded as the 12 Main Archetype’s can look very different in certain types of work.

What Are The 12 Main Archetypes?

The use of Archetypes has become a bit of a trend. So Jung Archetypes in many ways have been adapted and modernised to suit modern times but for the purpose of this blog in relation to therapy and healing I have chosen below

The light aspect of the Caregiver, the Nurturer Archetype is an individual whose traits are mainly selfless, their strongest traits in life are empathy, compassion, and giving. They naturally want to nurture and protect those they meet. They are often very strong empaths.

Common shadow aspects of the Caregiver is their tendency to protect and give unconditionally without thinking. Victim, Martydom, Rescuer Traits. This often lead to over-giving, lack of boundaries, difficulties saying no. Which can lead to being undervalued, taken advantage of, exhaustion, burnout, frustration, resentment.

The Creative Archetype’s most positive traits include the natural flair and ability to dream, create, be original. They have a tremendous gift of imagination, innovation and self-expression

The Artist or Creative Archetype’s shadow trait include their perfectionism, strong traits of neuroticism, or tendency to put creativity over positive solutions. Overthinking and emotional instability can lead to relationship difficulties, introversion.

The Innocent Archetype also known as the Child, Dreamer, Utopian

The light aspects of the Innocent are their optimism, positivity, their ability to see good in everyone and their desire for everyone to like them. They tend to believe the world is a great place to live. They long innocence, rebirth and in many ways salvation.

The shadow aspect of the innocent is their naivety, innocence, dreamlike view of the world and others mean they can lack judgment and discernment. They are one of the easiest archetypes to impress but are fearful of being punished for doing wrong.

The light aspect of the Explorer Archetype is their sense of adventure and freedom seeking. The enjoy seeking and exploring new places, new experiences, they have a strong tendency towards personal freedom and space.

The shadow aspects of the Explorer Archetype include the restlessness or dis-ease that comes with being bored or feeling you are in the one place or doing the same thing for too long. Their lack of fear or lack of boundaries for new adventures, new places can lead to challenges around commitment, focus, persistence, rules and boundaries. It can also be a major cause of unhealthy forms of escapism like drugs, alcohol, adrenaline junkie.

Positive aspects of the Hero Archetype include the depth of courage, energy and power they have to achieve something they believe is the honourable thing to do. They are about making the world a better place, defending the rights of others. They can often see the bigger picture in relation to governments, organisations and society.

Shadow aspects of the Hero Archetype can be a strong need for power and limelight. Their tremendous level of ambition that can get work against them or others. Doing almost anything including stepping over others or sacrificing them self to achieve that goal. Can be viewed negatively as Conspiracy Theorists although they tend to have a wider view than others on what is actually going on.

The Magician and Alchemist Archetype’s most positive and light traits include the ability to be a catalyst for transformation and growth. They tend to have a much stronger and deeper connection to the universe and unseen than many other archetypes do. So tend to have strong intuitive and or psychic traits. I tend to attract a lot of Alchemists in my work as many are natural healers, spiritual teachers and transformational coaches.

The Magician’s shadow traits include being easily seduced my magic, money and illusion. They don’t always have patience and like the Magician Apprentice want to get the results without always doing the work or practice. This alongside having very strong opinions can make them sometimes the challenging student. Or cause them to not reach their full potential or fall for their own illusion. They can as quickly destruct or self-destruct as transform and make great change.

The Romantic or Lover Archetype’s shadow traits include their deep fear of rejection, their need for someone else, their need to please. Lack of Self-Love and Self-Care. Can have a strong tendency towards co-dependency issues, over-attachment, and neuroticism. Suppression of the Lover Archetype can lead to all sorts of addictions and promiscuity.

Jester Archetype’s main positive traits are their strong ability to have fun, be the life and soul of the party. They have a natural ability to uplift others and get others to join in and engage in activities or communication. Tend to be entertaining and or a natural comedian. Their main motto tends to be you only live once.

Common Jester Archetype shadow traits include not always taking things seriously, because they fear being judged as boring. They often have challenges around being mature, sensible and taking self-responsibility. Their darkest shadow elements include deception, lies and manipulation. The reason the Jester is viewed as both positive fun and as the Trickster devious and deceptive is because their polar opposite tendencies. The Jester can therefore be fooled by their own mind, believe anything is possible, not see their own limits or limits within a situation.

Realist Archetype’s main positive traits include their strong abilities of equality, they are normally highly sociable and are particularly relatable to the man on the street. Think the boy or girl next door.

Realist’s shadow traits include their fear of being the odd person out, excluded, so they can easily themself and their values just to be part of the group, the community

Rebel Archetype’s main light traits is their Free Spirit, their ability to expand and break perceived limitations, and level of independence.

Rebel’s main shadow traits include their fear, frustration with rules and boundaries, think of the Rebel without a clue or Rebel without a cause. In the negative state they can have a tendency to go against the grain or rules just for the sake of it. This can lead to a lot of self-destructive or self-sabotaging patterns in life, relationships, work and business.

Ruler Archetype’s main positive attributes include their natural ability to be a leader, to lead than to be led. They tend to be an authoritarian figure, that has courage, strength and a broad view of a situation.

Shadow traits of the Ruler Archetype include repressed anger, the need to dominate some sort of control or power over others. And their inability to see what they are suppressing than leading or motivating. Their struggle to trust others and to delegate. And insatiable thirst for material success or status, difficulty asking for help or admitting when wrong.

Sage Archetype is also known as the Philosopher, Teacher

A Sage’s positive attributes include their strong thirst for deep wisdom, truth and knowledge. They tend to live a life full of introspection and introversion. The tend to philosophy their life’s journey as a series of lessons and insights. The sage in some ways is the more mature, knowledgeable and wiser Magician.

Common Sage shadow traits include they can be the never ending student, always learning, but never taking any action or use their knowledge for any common good. Often a life that is analysed than lives. Can struggle to be fully in the moment.

Now this is just an introduction to understanding the 12 Main Archetypes. Archetypal healing goes a lot wider and deeper. When applied in the right way it can be a powerful tool in Inner Child Therapy, in Healing and in certain types of Spiritual Coaching and Mentoring.

The reality is there are so many different archetypes that are in the collective unconscious. So many than can be used and explored to support us in different ways. But the most important one for you is identifying your strongest main archetype. That main archetype that shows up in you in the way you live your life every single day.

I believe the more we understand our main archetypes, the more we can understand ourselves. It can also be extremely helpful in identifying your strengths and those things you need to work on. I also use Archetypes as a tool to help healers, coaches and Spiritual Teachers build a business around their strengths rather than their weaknesses. Archetypal Branding to help capture the energy and emotion of their business and them in their marketing. Check out my Archetypal Branding Course For Healers, Coaches 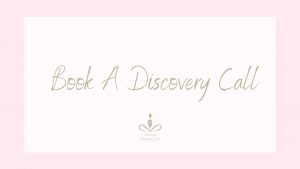 Eileen is a highly experienced coach, healer and meditation teacher who has studied healing and holistic well-being for over 28 years . 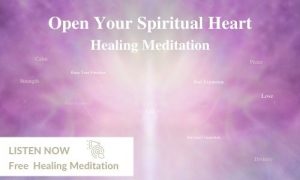 How To Develop Your Intuition 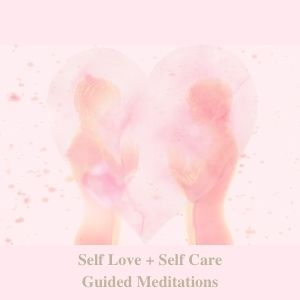 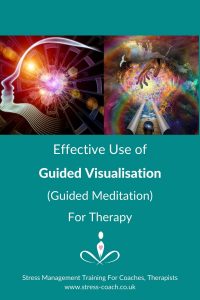